The website at http://www.mumi.org/vieillir/en/index.htm is an encapsulated view of Secrets of Aging, a traveling exhibition developed by the Museum of Science, Boston. 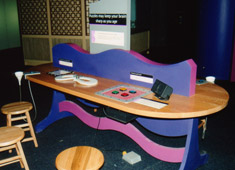 This trend clearly suggests that more people are living longer and that seniors are making up a proportionately wider sector of society.

A powerful increase in life expectancy and a definite drop in the U.S. birth rate suggests we'll be seeing a lot more gray in the years ahead.

The exhibits you see here are a subset of interactive components that we developed and built in cooperation with the Boston Museum of Science for the traveling Secrets of Aging exhibition. 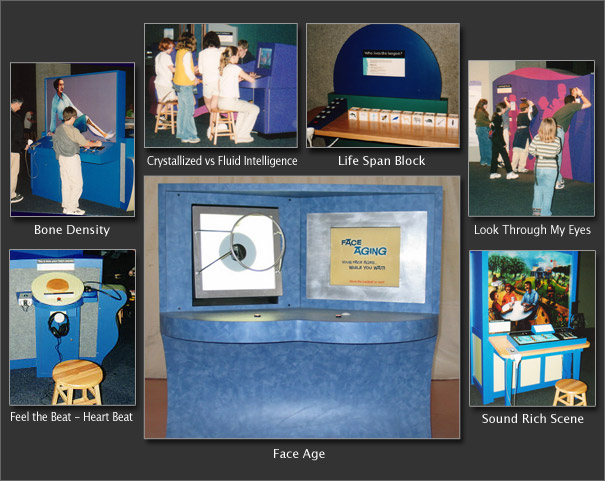